Airlines around the world announced various measures to prevent infection and to face the “new” normality.

The following is a summary of the actions announced:

The masks will be mandatory during boarding and flight, in addition to maintaining the distance recommended by scientists, so the lines of people should be rearranged.

The airlines are planning everything to minimize physical contact in phases such as check-in or payment.

It is suggested to print the boarding pass already at home, or have it available on the mobile phone to avoid physical contact.

If before it was necessary to have patience in the processes inside airports, now we will have to have even more patience because everything will be slower and will take longer. Now we will have additional processes such as temperature taking.

The regulations in each airport will depend on the policies of each city or country, they will not be the same in all cases.

In the case of having to take a bus to get to the plane, some companies will make the decision to increase the frequency so that they are only occupied at 50% of their capacity.

Airlines will try to make boarding and disembarking the plane more organized, based on seat or starting at the last seat.

This is the most discussed and most complicated part of all.

Many airlines say they will clear the middle or aisle seats on small planes – to ensure greater distance between travelers. Although low-cost airlines like Ryanair consider blocking the middle seat to be “crazy”: “unaffordable” and “ineffective” because airlines make money when the plane is full. The only solution would be to increase the price of the flight ticket and that represents a big problem.

The planes have been designed to be full and still leaving seats free the distance would not reach the 1.5 or 2 meters recommended by the scientific community.

Other options that have been discussed are the use of protective equipment for the crew and coronakits for any emergency, moving seat passengers so that they are as far apart as possible when possible, or the limitation, modification or suspension of the delivery of beverages, food and other products, extreme cleanliness on airplanes and the use of high-efficiency air filters.

In general, the risk of contracting an illness on an airplane is said to be similar to that of other confined areas with high occupancy densities, such as a bus, the subway or the cinema for a similar time of exposure, “says IATA.” this, the risk in airplanes is probably less than in many confined spaces because modern airplanes have cabin air filtration systems equipped with HEPA filters. ”

Crowds will be avoided as much as possible and passengers will be advised to travel with little luggage so that they can store their belongings under their seat and not have to touch other parts of the airplane cabin.

Recently, cases such as extreme control have been reported at the Hong Kong airport, where passengers must have a covid-19 test upon arrival and may have to wait hours before leaving the premises.

Everything is more complicated

We are facing a reality that we have never experienced before, without a doubt we will have to learn over time. “There is currently no measure that can mitigate all the risks of reviving air travel,” said Angela Gittens, director for ACI World.

“However, we believe that a consistent, results-based global strategy is the most effective way to balance risk mitigation with the need to unlock the economy and activate travel.”

It is very important that the measures are organized at a global level, in this way the reactivation will be more orderly and passengers will feel more secure.

“I think if one of the airlines – United, American … of the big ones in the US – comes up with a plausible scenario that works, I’m sure others will copy it around the world,” says expert Ross. Aimer. 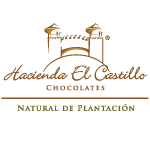 The Bread Of Cadeate, Santa Elena

By the Spondylus route in Km. 53 is located Cadeate, a small town of artisanal fishermen. This community is known[…]

Crickets, the visitors that arrive with the rains

Although crickets are not welcome, they visit the city with the onset of rains. They are important for tropical dry[…]

In honor of commemorating 100 years of the creation of the Migratory Bird Treaty Act, the most powerful and important[…]